Antarctic Adventure known also Penguin Adventure .it is Adventure video game developed by Konami and released first For MSX  on 1983 , and later it was released for NES on 1984 . 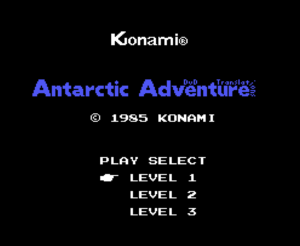 This is main menu screen for the Antarctic Adventure nes game .

When The game start it will show the map for Antarctic . 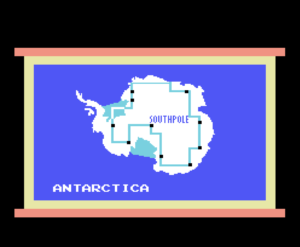 The player will control  penguin, racing to disparate research stations owned by different countries in Antarctica . The goal here is to avoid obstacle and complete the level to the end of the line before the time is finish . 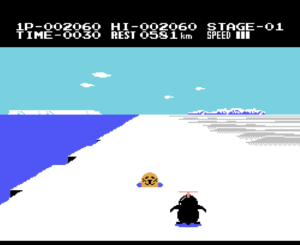