Road Fighter is a racing arcade video game developed by Konami and released in 1984. It was the first racing game from Konami. The goal of the gameplay is to reach the finish line within the stages without running out of time, hitting other cars or running out of fuel .

When you start Game it will be the Main Menu of the game . 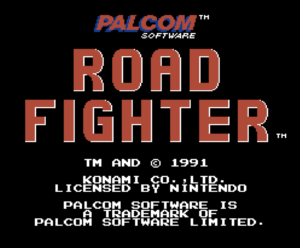 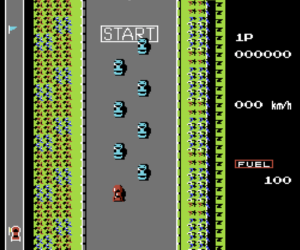 I think it’s interesting games for Nintendo Entertainment System ” NES ” . It contain challenges and the player need to use driving skills to avoid other cars and collect fuel , to be able to finish the race and complete the each stage .