Punch-Out!! originally titled Mike Tyson’s Punch-Out!! . it’s released on 1987 . Punch-Out!!  is a boxing video game developed and published by Nintendo for the Nintendo Entertainment System (NES). The game is Part of the Punch-Out!! series .

When you start Game it will be the first screen of the game . it’s showing Mike Tyson Character . 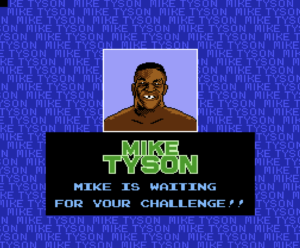 This is Main menu of the gameplay .

Then them game will show some information about circuit and players profile . 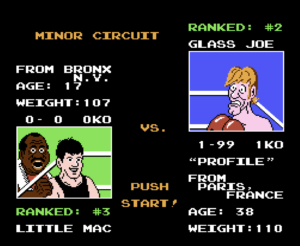 The Referee is Super Mario . 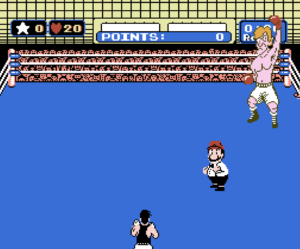 Player will have to punch the oppentnet until win the fight .After facing a series of colorful fictional opponents in three main circuits, and the hidden Another World Circuit, the goal is to win a final “Dream Fight” against a highly skilled boxer. 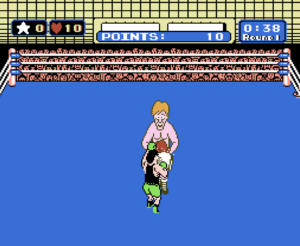