Kirby’s Adventure is an adventure game released on 1993 for Nintendo Entertainment System (NES) . developed by HAL Laboratory  and published by Nintendo for the NES System . It is the second game in the Kirby series .

When you start Game this is will be actual screen of the game menu . 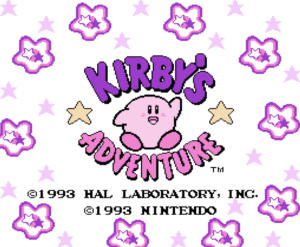 Game play is about allows the main character Kirby to gain new powers by eating certain enemies. The game centers around Kirby traveling across Dream Land to repair the Star Rod after King Dedede breaks it apart and gives the pieces to his minion . 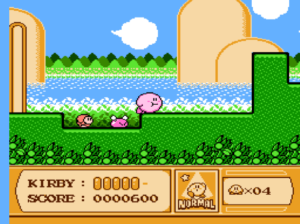