Would like to get Nes emulator for iOS device ?!

First of all , is this even possible ?!

So the question is .. how ?!  we all know Apple banned all nes emulator apps , and it does not allow any emulator on the iOS Apps Store .

There are some Nes emulator apps , but it’s need jailbreak or computer and it will need some complex way to install the Nes emulator on your iPhone or iPad .

Therefore our site Nes Emulator Online offers a great solution to play NES games  online through the browser directly . You can play any time on any device . We add new games regularly and we choose best  nes games to add on our website , so the user can really enjoy playing nes games .

Nes Emulator for iPhone or iPad without jailbreak 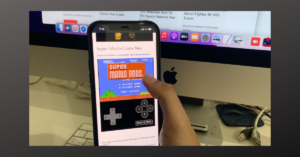 I use iPhone device also , and I want to play nes games on my iPhone without jailbreak or using computer or other complex ways . So by using this website , you can play nes games online on your device directly through the browser ! it’s not only for iOS devices ! it’s also support Android devices or even computer !

Just select the game you want and play !

No One Can remove Nes Emulator Online !

This is another important reason why the Nes Emulator Online is better than any other emulator apps specially for mobile devices , ios or android . Because Apple and Google have all the power on their Apps Store to remove any apps like emulator apps from the store , so the users then can’t enjoy playing nes games on their device . And that’s what currently happening on iOS Apps Store , any one would ask why Apple don’t allow me to enjoy playing nes games or any other emulator games by using the device I own ! So by using the powerful of this website and web app , you can enjoy playing

This is how tetris nes game looks like on my iOS device . I can play it directly using nesemulatoronline .

There are many other games , and I will add more games soon !

Why Nes Emulator Online is better than nes emulator apps ?

The iOS Apps Store is restrict . So Apple is doesn’t Allow emulators on the store unlike Google Play Store . And install nes emulator app will need complex way by using computer or maybe jailbreak . I know a lot of users will love to play nes games and have nes emulator but they doesn’t want to use jailbreak on their iPhone device . This is the power of web app , and the main idea of this website .

Video of How to play any NES games on iOS 15 device – using NES Emulator Online. 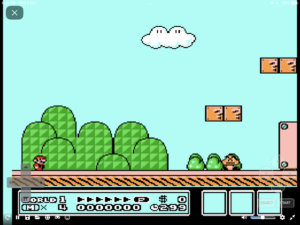 Nes emulator Online Support Portrait and landscape mode for your iPhone device or Android device . It’s Support Computer Also So you can play nes games on any device .

Currently we have many games on nesemulatoronline and We will Add more new games Soon !